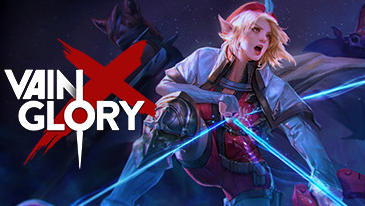 In a battle for control of the three "lanes" that connect the bases, two competing teams attempt to reach and obliterate one another's bases while defending their own. Between the lanes, there are also "jungles" that have adversaries and goals that can be killed or captured. In Vainglory, each "hero" avatar is controlled by a team of five players. Minions are weaker computer-controlled characters that spawn at team bases and travel to the bases of the other team while battling adversaries and turrets. Turret towers that block the flow of opposing heroes and minions along the lanes. The player's objective is to destroy the enemy turrets and ultimately the "Vain crystal" in the enemy team's base. A free-to-play cross-platform MOBA originally developed by Super Evil Megacorp and now owned and operated by Rogue Games.